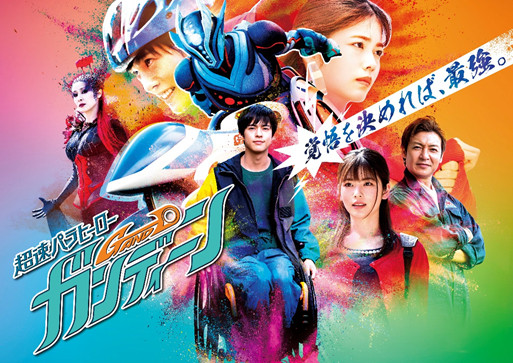 Daishi Morimiya is a high school student whose dream is to become a wheelchair, track-and-field athlete. In addition to that, Kei Fukai, a former wheelchair athlete, becomes Daishi’s coach. One day, a handsome alien falls from the sky when Daishi was practicing with Kei, surrounded by his friends and father (who is employed at an old factory). The handsome alien named Goo, after escaping a mass genocide somewhere in Earth’s binary star, warns Daishi and his friends that Earth is in danger. Then, a giant lizard-like monster who is after Goo, attacks Daishi’s household. That’s when Goo’s Mode Shifter begins to emit light, radiating Daishi. His body is completely transformed by a special protector. The transformed Daishi charges at the monster while still in his wheelchair.